Sticking to Its Guns? Learning from the NRA’s Rough Ride 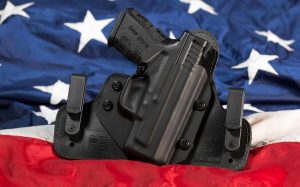 When a charity represents controversial ideas, it can expect its nonprofit risk management to be more complex than most. Recent troubles at the NRA display this dynamic. As news organizations revel in reports of lavish internal spending, leadership fights, substantial fees paid to outside counsel, potential conflicts of interest, public battles with former officials and vendors, and government investigations, it is worth pausing to reflect on what nonprofits can do when they operate in conditions of heightened public scrutiny.

What You Can Do Now

1. Aspire to be above suspicion. Nonprofits often find themselves in the middle of public dispute — guns, immigration, women’s rights, environmental causes, and issues of reproductive choice spring to mind. Work on controversial issues will generate scrutiny from political opponents and news organizations hoping to generate copy by finding dirt. A nonprofit working in controversial areas cannot afford to undermine the interests of its constituents by succumbing to scandal. The NRA’s being declared a “foreign asset,” for instance, is not going to advance the interests of gun owners. With high-profile nonprofits, strict compliance with nonprofit governance principles is a must. As we have noted, compliance is imperative even for smaller organizations.

2. Avoid “show boards.” Much ink has been spilled describing the challenges of the NRA’s large board of directors. Large boards of directors tend to shift effective power to internal senior executives. Most effective nonprofit boards are considerably smaller. If you want to attract public figureheads, consider advisory boards or other showcase opportunities. Boards are for governing, not for show.

3. When trouble surfaces, seek truly independent review — and if necessary, clean house. The NRA might take lessons from The Wounded Warriors project, which endured significant scrutiny and substantial turmoil after allegations of financial wrongdoing and mismanagement by senior executives. As one step in response, the Wounded Warrior board hired independent advisers to review operations. Eventually, two top executives were fired. While not completely healed, Wounded Warriors has made strides to restore substantial public faith in the organization.

One could note that Wounded Warriors has an advantage over the NRA. No one would criticize the mission of Wounded Warriors, but gun rights and responsibilities deeply divide reasonable people. In the end, however, this means that organizations working in controversial areas must act with even greater efforts to restore public faith when scandal strikes. It remains to be seen whether the NRA will take this approach, but other nonprofits can reflect on the turmoil and follow the better path.

Because we care about nonprofit risks, we provide blog posts like this one to help nonprofits thrive.

This post is a part of our #nonprofitsbehavingbadly? series, where we find lessons in other nonprofits’ bad press so you can improve your own nonprofit risk management. Keep in mind when you read these posts that the nonprofit in the spotlight may have actually done nothing wrong. That’s part of the point. There’s always a story behind the story, and unfortunately a nonprofit does not get to write the press it receives. So what can a nonprofit do now to try to reduce the likelihood of bad front-page news?