Four Risk Management Lessons from the Master of Modern Management 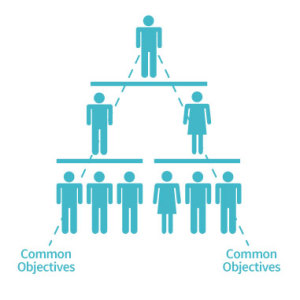 Peter Drucker was the most influential business thinker and writer of the twentieth century. Let’s concentrate here on one of his classics, People and Performance: The Best of Peter Drucker on Management (1977). We could spend numerous posts on lessons derived from this book alone, but here we will focus on four.

1. Focus on the most important tasks.

Drucker emphasizes the importance of not only efficiency, but effectiveness. Most of what we do as organizations is not only unproductive, but perhaps even counterproductive.

Effectiveness is the foundation of success–efficiency is a minimum condition for survival after success has been achieved. Efficiency is concerned with doing things right. Effectiveness is doing the right things. . . . Efficiency concerns itself with the input of effort into all areas of activity. Effectiveness, however, starts out with the realization that in business, as in any other social organism, 10 or 15 percent of the phenomena–such as products, orders, customers, markets, or people–produce 80 to 90 percent of the results. The other 85 to 90 percent of the phenomena, no matter how efficiently taken care of, produce nothing but costs (which are always proportionate to transactions, that is, to busy-ness).

Peter Drucker, “People and Performance: The Best of Peter Drucker on Management” (1977), at 33.

Consider that quote for a moment. Drucker, one of the masters of business management, concludes that no more than 15 percent of the efforts of even the highest performing organizations actually focus on activities that help the organization. In fact, when I raised this fact in a recent speech, the executive director of a high-performing DC area nonprofit afterward told me that he would be surprised if the percentage were that high. Drucker’s message is clear: an organization needs to know the threats and opportunities it faces, it needs to prioritize those risks, and it needs to focus on those opportunities with the highest return on investment.

Drucker notes that goals are critical to business success, and that those goals must be clear and measurable:

To be able to control their own performance, managers need to know more than what their goals are. They must be able to measure their performance and results against the goal. . . . These measurements need not be rigidly quantitative; nor need they be precise. But they have to be clear, simple, and rational. They have to be relevant and direct attention and efforts to where they should go. They have to be reliable – at least to the point where their margin of error is acknowledged and understood. And they have to be, so to speak, self-announcing, understandable without complicated interpretation or philosophical discussion.

Peter Drucker, “People and Performance: The Best of Peter Drucker on Management” (1977), at 67. In other words, no organization can function unless its employees have a clear sense of how their results will be measured.

3. Procedures and routines are critical to small, growing businesses and nonprofits.

Contrary to popular belief, very small business[es] require[], above all, close attention to daily routine. Running a neighborhood drugstore or a small grocery, or being a toy jobber, is largely attention to details.

Peter Drucker, “People and Performance: The Best of Peter Drucker on Management” (1977), at 265. The more a small organization can focus on the business — creating its own way of performing tasks and simplifying and documenting those tasks to ensure they will get done regardless of which personnel are acting — the greater likelihood of success. Use SweetProcess. Hire a virtual assistant to help you document processes. Or bring in an organization like Risk Alternatives. It doesn’t have to cost an arm and a leg, and a small investment in routine can yield enormous dividends.

4. Procedures are no substitute for values and judgment.

We have to temper the lesson just mentioned with Drucker’s fourth point. Processes and procedures are vital, but they are no substitute for values and judgment.

There are [numerous] common misuses of reports and procedures. The first is the all too common belief that procedures are instruments of morality. They are not; the principle is exclusively that of economy. They never decide what should be done, only how it might be done most expeditiously. Problems of right conduct can never be “proceduralized” (surely the most horrible word in the bureaucrat’s jargon); conversely, right conduct can never be established by procedure. . . . The second misuse is to consider procedures a substitute for judgment. Procedures can work only where judgment is no longer required, that is, in the repetitive situation for whose handling the judgment has already been supplied and tested. Peter Drucker, “People and Performance: The Best of Peter Drucker on Management” (1977), at 68.

Thus, while emphasizing the need for routines and procedures, Drucker also cautions that an organization should give close attention to the development of “its” way of doing things.

When you have the opportunity, read “People and Performance: The Best of Peter Drucker on Management.” For now, act on the advice above. Also, if you have reactions, please provide them in the comment section. Finally, please share this post if you found it useful. We are out to change how organizations think about risk management, and we need your help.